I will be unearthed—
Another nameless coffin in an overcrowded world
In 2098—and they will jettison me ninety-two million,
Eight hundred and twenty-seven thousand miles
Beneath the sun, unto the eternal revolving wheel.
Bin of old bones that once in vacuum will never die
But spin in contrapuntal harmony with the moon.
Dark sister may she last, watching as I watch,
Whatever earth, with each unfutile spring, may bring
Again: great grey heron rising from pure blue of water
Out over mist and reeds, or redwing blackbird, first seed
And thorn, or Copernicus to tell us he was wrong;
That the human heart and not the sun
Marks the center, the doorway to life.
And perhaps this end will not be the end.
But nicked by a meteor, thrown by its wake,
This ole jangle and clank of bones
With their endless code of once living
Cells of experience will, as a wolf howl
Or a vowel will, without the consonant of things,
Drift toward the vast outer unknown.
Unlured by Saturn, uninjured by the sun,
Able to miss each wandering asteroid
As ancestors, sister and brother to my uncle
Joe Vezzetti—long may his gold tooth gleam
—did not. For in a moment of singing they failed
To miss, and travel on their way, a careening
Drunk one night on a mountainside road in Italy.
And before bursting in smithereens, they went
Screaming into flames. But I will last until I last,
Bump up and nuzzle the nose of another someone
Who, in whatever form, will pluck me from the deep.
Mystery or fraud, I will be as Lucy, from Olduvai Gorge,
Piltdown Man, mask of Agamemnon or whatever hunkered
Unknown daubed a bison’s soul in primordial light of
Lascaux. Here the knee bone slipped the femur, the tibia
Twisted away, the shin scraped and the toe cracked.
But not the how or why, not the song. Not that I was drunk
And spinning on one leg, whirling as if it were a stick of
Fire above my head a cherry-red, feedback engorged,
Eight-stringed electric bass guitar that yowled and
Screeched, shrieked as shrieking cats in heat or wild Picts
At Hadrian’s Wall, when I tripped and fell and broke my
Damn knee. So perhaps, bit by bit, those who discover me
Will come to know what fragrance lies unbloomed.
What Bushman chant or Ibo tongue?
What vanished larynx of Sioux?
What grief Enkidu under earth?
Upanishad, or Andromache at the wall?
Odysseus before the blood?
Or Gullah, Geechee, a south side jive?
What palaver we, as humans are,
That lingers in these bones.

My Father Used To Stay Up Nights

My father used to stay up nights
After the midnight shift in the mills
While we three kids half-slept
Waiting for his sweaty, oil-soaked scent.
Our mother not knowing which man
Would come home, or when.
But drunk or sober,
Beer in hand, silhouette at the door,
He’d look in on us.
Our eyeballs fluttering under skimpy
Lids, like heartbeats.
And he’d count, “one, two, three.”
Until somewhere in the night
A strange music matching a howl
A hunkering down, a great surging
Out of gut vowels would erupt.
And I would slip from bed
Into the dark stream of the hallway;
The creak of wood he could not hear.
And each time I would see
Where my father sat, legs spread,
White as marble, old as Heraclitus,
Skinny and hairy in his boxer shorts,
The quiet fur of his belly hanging over,
And a clarinet, sometimes a saxophone, wailing,
Blowing that root-reed till the reed cried
Egyptian Mama you make me bleed,
Wailing the Harlem shuffle, Benny Goodman,
Charlie Bird or somebody, anybody.
And all the pain—his father who tied him,
Beat him, and locked him for days in the attic closet,
Once with a sickle splitting him
From forearm to wrist; no future, the mills;
Then the daughter that he would take to bed,
And the wife he would beat senseless, or sons
Already turned away that would never come back—
Maybe, just maybe, finding its way out.

My mother held out for tangerines.
They were more willing than the orange,
Rare as China, still, and carried the
Thought, which was never spoken,
That life was no more than that.
Peeling them now in the darkened
Kitchen, the taste of them almost in
My mouth. A mouth forged
From the soft melding of two others
Slipping open like caves found
In darkness, moistening the sweet,
Heavy air that fell between them
With the thought that was never spoken.
My thumbs enter the skin
No differently than did those
On the hands of my father
Unbinding slowly,
For the first time, her shoulders
More willing than oranges,
And found a fruit,
Rare as China, still. 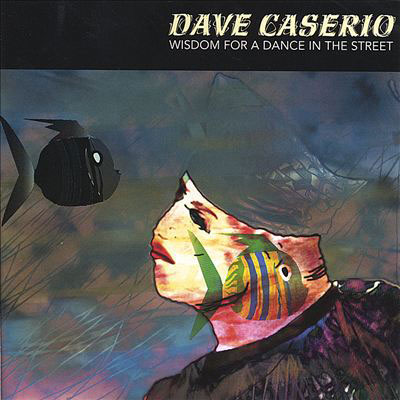 Wisdom For A Dance In The Streets